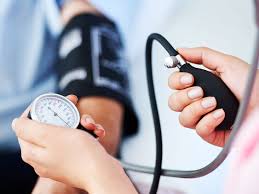 Hypertension or high blood pressure, HBP, affects millions of people globally. According to experts, the condition is prevalent in every part of the world, in every region of any nation and in every community. It affects the rich and the poor, the young and old, men and women, urban and rural populations, and the educated and illiterate alike.

A group of researchers also described it as a condition that affects 70 percent of people over 70 years of age. HBP is the primary and most common risk factor for heart disease, stroke and renal diseases. WHO estimates that one in six people worldwide or nearly one billion are affected by high blood pressure, and it is estimated that this number will increase to 1.5 billion by 2025.

According to the World Health Organization, WHO, HBP is the most attributable cause of cardiovascular death. According to a recent report by the Nigerian Institute of Medical Research, NIMR, HBP remains the number one killer disease in Nigeria as it accounts for 52 percent of deaths in the country.

Also, statistics from the Nigerian Hypertension Society show that one-third of Nigeria’s adult population is hypertensive. Sadly, experts worry that primary or essential hypertension is now being seen among young Nigerians but, unlike most diseases, HBP has no symptoms thus making it a ‘silent killer’.

They maintained that young Nigerians should watch their lifestyle and diets as the only way to determine the presence of hypertension is by measuring one’s blood pressure.

Struck by a stroke As active as Emeka Okere was in his mid-twenties, his family members were surprised when it was announced to them that their son, who was about going for his National Youth Service Corps (NYSC) was struck by a stroke after he collapsed one fateful morning. Emeka had woke up that morning, preparing to take his bath when he slumped by the door of the bathroom. Luckily, his twin sister, who was also preparing to go to work, rushed to his aid. Emeka was taken to a nearby hospital where he was revived. “We were shocked when the doctor checked his blood pressure after we rushed him to a nearby hospital”, the sister said. “With a reading of 170 over 91, the doctor said it was too high.

“Our mother has struggled with hypertension throughout her adult life and suffered a stroke last year. She always warned us about our lifestyle but none of us gave much thought to it”. Just like Emeka, HBP is becoming an issue for more young people due to factors related to modern life. Meanwhile, experts say more than 50 per cent of people who are hypertensive are unaware that they have HBP.

Are you overweight or have a relative with HBP? Do you smoke, eat too much salt, do not eat enough fruits and vegetables, do not exercise? Do you drink too much coffee and alcohol, or are you over the age of 65? Experts say you are at an increased risk of hypertension. All over the world, hypertension is recognised as a cruel, silent killer-disease. It is also regarded as one of those fast but complex killer-diseases.

Currently, in Nigeria and other parts of the world, many people are experiencing a worrying rise in the number of people suffering strokes and hypertension. More worrisome is the fact that Nigerian experts are raising the alarm that younger Nigerians under the ages of 30 are being killed by hypertension while some come down with stroke.

According to them, though the disease could be hereditary, the increase in young Nigerians with HBP have been linked to unhealthy lifestyle, inactivity, increased intake of salt and fatty foods, obesity, and inadequate intake of vegetables and fruits. To them, young people must watch their diet and lifestyle. According to WHO, hypertension is a condition in which blood vessels persistently raise pressure.

Blood is carried from the heart to all parts of the body through the vessels. Each time the heart beats, it pumps blood into the vessels. Blood pressure is created by the force of blood pushing against the walls of blood vessels (arteries) as it (blood) is pumped by the heart. The higher the pressure, the harder the heart has to pump. Also, the American Heart Association, AHA, guidelines for 2017 defines hypertension as systolic blood pressure (during a heartbeat) of 130 millimetres of mercury (mm Hg) or higher and diastolic blood pressure (when the heart is resting) of 80 mm Hg or higher. Findings by Sunday Vanguard show that before now, hypertension was not common among young people, but, today, cardiologists say young Nigerians in their 30s and 40s are becoming victims of hypertension.

This, they said, may not be unconnected with the adoption of westernized foods, unhealthy and sedimentary lifestyle as well as ignorance and poor management of the condition. Survey According to an executive summary of a five-year survey conducted by the Non-Communicable Research Group (NCD) NIMR, researchers found that apart from other factors, hypertension was identified as predominant risk factor for sudden death among Nigerians.

The report reveals that the commonest cause of deaths was of cardiovascular origin while the most prevalent risk factor identified was hypertension which accounted for 52 percent of the cases. In a report, the Nigerian Hypertension Society also stated that one-third of the population has hypertension while WHO 2017 report ranked Nigeria among African countries with high prevalence with 35 percent. However, going by Nigeria’s 198 million people with an adult population of 94,542,114 people, according to recent world population, no fewer than 31,514,038 Nigerians are hypertensive.

Lamenting the increase in HBP in the younger population, a consultant cardiologist from Lagos University Teaching Hospital, LUTH, Dr Ramon Moronkola, noted that several factors play a role in the development of the condition. To him, it is important for young people to watch their diet and lifestyle to avoid becoming obese or overweight. “Young people must stay away from eating fatty and salty food, drinking alcohol and smoking if they want to live healthy and longer”, Moronkola said. “The prevalence of hypertension is increasing in our environment. Some studies have put the prevalence at 50 percent in the adult population but compared to earlier studies done in this environment, we are experiencing significant increase even in hospitals. People have given several reasons to that and part of it is the westernization of our culture. More Nigerians are exposed to western diets, unhealthy lifestyle; we take more of spicy foods, fast foods which increase our consumption of refined sugar and salt. Others include sedentary lifestyle; many people no longer walk even short distances. “People, right from their houses, take the bike to the next bus stop to where they are going. People are less active even now that we are consuming high-calorie diets.

That is one of the reasons we are seeing increase. “Also, we are also seeing an increase in what we call primary or essential hypertension. In the past, primary hypertension is found in the older population, but now we are finding younger people with primary hypertension. Though, we should not rule out an increase in health seeking behaviour of Nigerians”. He further noted that people may be hypertensive without any manifest symptom of the killer disease, hence, the need for a regular blood pressure check.

The symptoms of hypertension include recurrent headaches, visual disturbances, shortness of breath, frequent urination at night and loss of concentration, but only medical check could confirm them. Moronkola advised persons with cases of hypertension to avoid fatty food, excess salt in diet, alcohol and smoking. He also recommended regular exercise, normal sex life, weight reduction and avoidance of strong emotional situations. On salt intake, the consultant stated that several studies have implicated salt as a factor in hypertension. According to him, excess salt in the body causes fluid retention and it has been established that when individuals reduce salt intake by 5 gram a day, it significantly drops their high blood pressure.

On untreated hypertension, Moronkola warned that such could lead to stroke, heart enlargement, heart failure, heart attack, kidney damage, dullness, brain damage and even death. The President of the Nigeria Hypertension Society, Prof. Ayodele Omotoso Omotoso, at an event to mark World Hypertension Day, said hypertension only announces its presence in most people after they would have suffered a stroke, heart failure, heart attack or kidney failure. Omotosho noted that the social and economic toll of the complications of hypertension on immediate families and the nation at large was enormous.

“There is a need for everybody to check his or her blood pressure regularly. Those with hypertension should consult their medical practitioners for proper advice”, he said. “If you are hypertensive, please take your medications regularly to achieve a good blood pressure control and thus prevent complications like stroke, heart failure, heart attack and kidney failure”. The President warned Nigerians to avoid consumption of excessive salt and eat healthy diets with daily consumption of fruits and vegetables. He also advised Nigerians to have at least 30 minutes of regular exercise daily and reduce their weight. “Avoid unhealthy lifestyles like smoking and alcohol consumption,” Omotoso added. Fast facts Normal blood pressure is 120 over 80 mm of mercury (mmHg), but hypertension is higher than 130 over 80 mmHg. Acute causes of high blood pressure include stress, but it can happen on its own, or it can result from an underlying condition such as kidney disease. Unmanaged hypertension can lead to a heart attack, stroke and other problems. Lifestyle factors are the best way to address high blood pressure.

A new study suggests that exercise can be just as effective as drugs when it comes to keeping blood pressure under control. However, no studies have yet compared the effectiveness of physical activity in lowering blood pressure with that of antihypertensive medication.