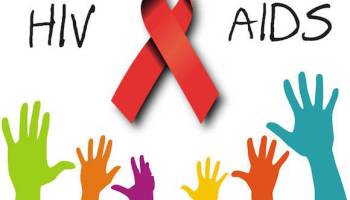 The Group Managing Director, Access Bank Plc, Herbert Wigwe has urged operators in the private sector to join hands with the Nigerian Business Coalition Against AIDS (NIBUCAA), a non-governmental organisation in the fight against the spread of HIV/AIDS.   He gave the charge at a dinner party in Lagos recently, organised by NIBUCAA for key players in the business sector, seeking their partnership on how to reduce the prevalence of HIV/AIDS in Nigeria.

Wigwe, who is a Co-chair of the board of NIBUCAA said the scourge of HIV/AIDS still persists in the country with Nigeria having the second largest AIDS population in the world.   “We have to realise that HIV/AIDS is not just a health problem, it is a developmental challenge.

Therefore, the private sector cannot afford to be complacent with regards to the scourge.   “It is eminently desirable that private sector supports all efforts geared towards the realisation of the goal of the multi-sectoral response to HIV pandemic in particular under the Sustainable Development Goals,” he added.   The Managing Director of Total E&P Nigeria and a Co-chair of NIBUCAA Board, Nicolas Terras, said the fight against HIV/AIDS was too big for the government to handle alone.   According to him, captains of industries have collective leadership roles to play in the multi- sectoral response to HIV and AIDS, adding that the scourge is one that must be won at all costs.

He said NIBUCAA, as a platform should be a veritable channel for the private sector to utilise their core competencies and resources towards addressing the issue of HIV/AIDS prevalence in the country.   Another member of the board, Engr. Osagie Okunbor of Shell Petroleum Development Company, said the organisation since its establishment has achieved a lot in the fight against HIV/AIDS, but added that a lot still needed to be done.

He said that is the more reason why other companies must come onboard NIBUCAA in other to achieve one of its goals of supporting the private sector to establish and implement workplace and community- based HIV/AIDS prevention and education programmes.   Also commenting on why it is important for the private sector to partner NIBUCAA in its drive to eradicate HIV/AIDS from Nigeria, the Executive Secretary, NIBUCAA, Gbenga Alabi, quoting Juan Somavia, a former Director General of the International Labour Organisation, said two out of three people living with HIV or AIDS go to work every day, making the workplace a vital entry point for tackling the menace.

He said Nigeria’s greatest assets and investment opportunity is its human capital, therefore, all hands must be on deck at ensuring that the human capital, which is the country’s source of economic growth and development be protected and enlightened about the menace of AIDS/HIV.   Alabi said NIBUCAA which currently comprises 36 leading businesses across the country and committed to fighting the menace at all levels, represents the voice of Nigerian private sector response to HIV/AIDS.

According to him, the coalition which seeks to build a public-private partnership with government, civil society organisation and international donor community, among other objectives, will promote activities encouraging demand for HIV voluntary confidential counselling and testing in the workplace.   Earlier in her remark, Head of Sustainability in Access Bank Plc, Mrs. Omobolanle Victor-Laniyan said since the establishment of NIBUCAA by former president Olusegun Obasanjo in 2003, it has been able to get the private sector participation in the country’s battle against the HIV/AIDS scourge.

She said participating companies or those willing to partner NIBUCAA will benefit immensely from the partnership.   “Aside from providing access to training sessions and workplace interventions, NIBUCAA will also assist member companies to develop and implement workplace HIV/AIDS policies and programmes, including prevention education that will reinforce desired safer sex behavior, voluntary confidential counselling, testing, and treatment,” she said.   According to her, there are three levels of annual membership fees for member companies- Platinum membership goes for N15m, and Gold membership is N10m while Silver membership is N5million.