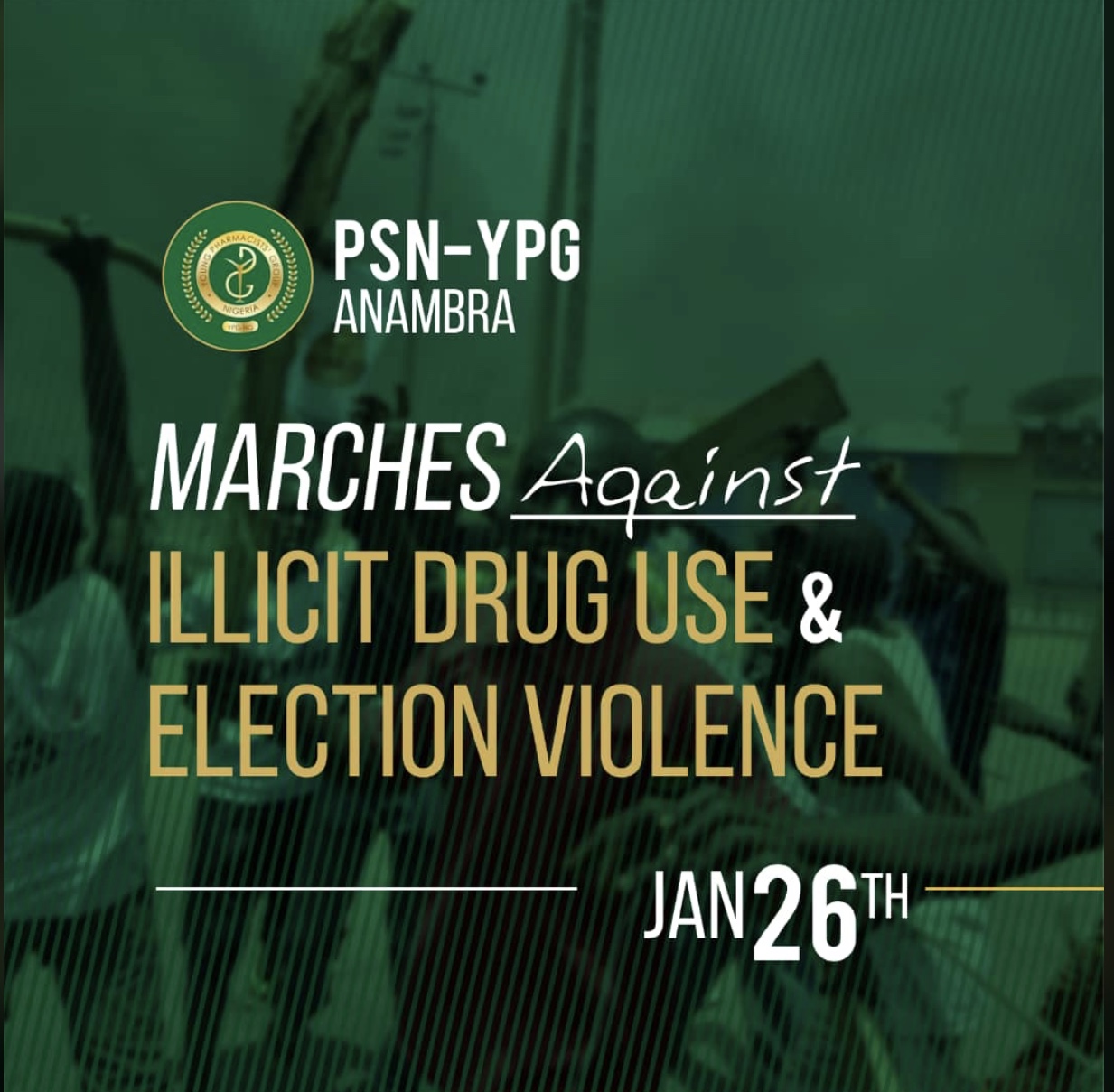 Drug abuse or substance abuse refers to the use of certain chemicals for the purpose of creating pleasurable effects on the brain.
According to a 2011 World Drug Report, over 210 million people or 4.8% of the world population use illicit substances yearly. In Nigeria, the youth seems to be more involved in this deadly act.

A recent United Nations Office on Drugs and Crime (UNODC) Report shows that the age of first use in the country is 10-29 years.Apart from the long term damage to the body drug abuse causes, drug addicts who use needles are also at risk of contracting HIV and hepatitis B and C infections. The consumption of these illicit substances also diminishes one’s psychological control and results to irrational and violent acts especially among the youth which are usually displayed at home, on the streets and even during the election periods.

Election violence includes acts or threats of coercion, intimidation, or physical harm perpetrated to affect an electoral process or that arises in the context of electoral competition. A recent study suggests that the youth are prosecutors of 90-95% of violent conflicts in Nigeria; which has been trailed to be a consequence of drug abuse.

As the 2019 elections are fast approaching, what role will you play? Will you join forces to build our great nation or will you destroy the incessant toils of others?

In line with this, the young Pharmacists in Anambra State have decided to march unanimously against illicit drug abuse and associated election violence on Saturday,. January 26, 2019.

Remember…. THE TRANSFORMATION OF NIGERIA BEGINS WITH YOU!