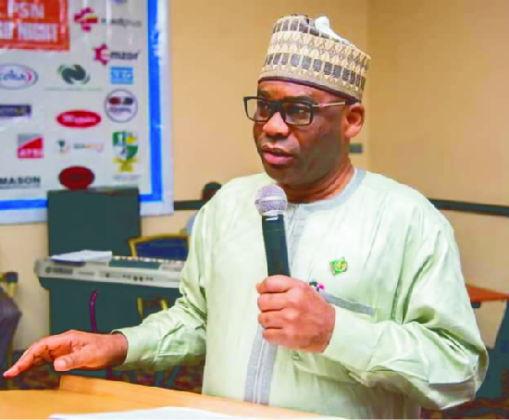 The Pharmacists Council of Nigeria (PCN) stood against the bill for the establishment of the Pharmaceutical Technologists and Pharmacy Technicians Regulatory Board at a public hearing organised by the National Assembly last December, to avert chaos in the nation’s healthcare delivery system, PCN registrar, Pharm. N.A.E. Mohammed has said.

Speaking with Pharmanews in an exclusive interview, the PCN registrar stated that there is no country in the world where such a regulatory body exists, adding that allowing such a bill to be passed into law would only further unsettle the health sector that is already bedeviled by the indecorous disposition of some health workers.

The bill, he said, would have proved problematic by  needlessly duplicating the functions of an already existing government agency.

Mohammed stated that the vexatious bill would not only have created a leadership tussle between pharmacists and the sub-cadre group in Pharmacy but ignite another dilemma in the health sector because it would mean that a parallel department for this sub-cadre would have to be added to the existing pharmacy department in all health facilities nationwide, including in the armed forces, the police, and various paramilitary bodies and even at the National Assembly.

Pharmacy, Mohammed said, is a global practice governed by international statues which flow from the World Health Assembly resolutions, noting that what was being sought with the bill was a legislative instrument to endorse quackery.

The PCN helmsman disclosed that there was a consensus by the majority of stakeholders present at the public hearing that the purported bill initiated by the pharmaceutical technologists and pharmacy technicians was unnecessary and ill-conceived, adding that the three major organs of the federal government that were strategic to the subject matter – the Federal Ministry of Health, the Office of the Attorney General of the Federation and the Nigeria Law Reform Commission – were also against the bill.

The PCN registrar revealed further that the Pharmaceutical Society of Nigeria (PSN), the Nigerian Medical Association (NMA), the Public Health Professionals Association of Nigeria, the Quality Assurance Advocacy in Nigeria and several civil society organisations also lent their voice against the bill at the public hearing.

Mohammed disclosed that the African Regional Forum of the International Pharmaceutical Federation (FIP), which is the global body representing Pharmacy and the pharmaceutical sciences, was also present at the public hearing and spoke against the bill, stating that it was a legislative aberration that should not be allowed.

Mohammed affirmed that the new Pharmacy Council Bill awaiting presidential assent has adequately taken care of the concerns and interests of pharmacy technicians, adding that the law provides that they have representation even at the level of the governing council to enable them make contributions to various issues.

The PCN boss disclosed that in recent times, the Council had been implementing programmes aimed at strengthening pharmacy technicians as a sub-cadre of Pharmacy, noting that the review of the training curriculum, introduction of the National Pre-Certification Examination, and provision of opportunity for direct entry into faculties of pharmacy for holders of the Pharmacy Technician Certificate from PCN accredited schools of health technology are some of the measures implemented so far.

He also added that pharmacy technicians in the military now have opportunity to progress to officer’s cadre, using the PCN-certified Pharmacy Technician Certificate, and ensuring appropriate recognition for the sub-cadre in the licensing of stakeholders within the community practice.