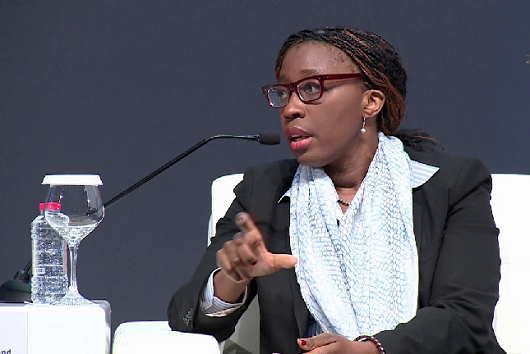 Until there is a strong synergy between public and private sectors to boost investment in Africa’s health sector, about 16 million jobs will remain elusive and exported outside the continent, United Nation’s Economic Commission for Africa’s (ECA) executive secretary, Vera Songwe, has said.

Songwe, who asserted that Nigeria and other African countries presently spend about $14 billion on importation of pharmaceutical products needed in the continent, due to lack of capacity in local production, said the African’s health sector has the potential to create 16 million jobs.

She made her remarks in a statement at the Africa Business Health Forum 2019, noting that if the public and private sectors could collaborate and invest enough in the drugs industry, the huge amount spent on pharmaceutical importation will be drastically reduced.

According to her: “By 2030, an estimated 14 percent of all business opportunities in the health and wellbeing sector globally will be in Africa, second only to North America with 21 percent. This is a huge opportunity for the private sector.”

Songwe thus urged governments of Nigeria and other African countries to work with the private sector to ensure there’s access to health by all on the continent.

Also represented at the forum was the Africa’s business magnate, Aliko Dangote, who via his message for the occasion remarked on the global public private trend, saying governments from both developed and developing countries were increasingly looking at public-private partnerships (PPPs) as a way to expand access to higher-quality health services by leveraging capital, managerial capacity, and knowhow from the private sector.

His words: “As a businessman, and through the Aliko Dangote Foundation, I am committed to working with governments and key stakeholders for the development of impactful health initiatives in Africa.

“I believe that private sector leaders have a strong role to play. In the past, I have in my country charged business leaders to commit at least one percent of their profit after tax to support the health sector.”

In the words of the Founder and Chairman of Africa Initiative for Governance (AIG) and Co-Chair of GBCHealth, Aigboje Aig-Imoukhuede, Africa’s government alone cannot solve the continent’s health challenges.

“We have no alternative but to turn to the private sector to complement government funding. That is why we have gathered here in Addis Ababa today to see how together we can fix health in Africa. The private sector and the public sector working together as partners have the potential to change Africa’s healthcare from doom and gloom to progress and results,” he said