Researchers from Duke University School of Medicine, US, have recently identified the enzyme that suppresses immune system in a breast cancer.

According to the world health leading organization, every year more than 1.7 million women all over the world are diagnosed with breast cancer, with the disease ending fatally for around a half-million patients.

The researchers define Immunotherapy as a type of cancer treatment that immune system to fight cancer. The immune system helps your body fight infections and other diseases.

Immunotherapies have transformed cancer care, but their successes have been limited for reasons that are both complex and perplexing. 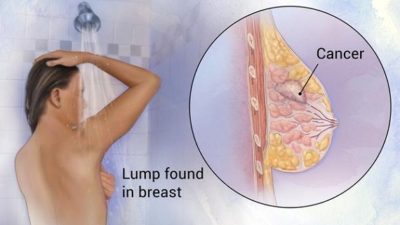 In breast cancer especially, only a small number of patients are even eligible to undergo treatment with Immunotherapies, and most see little benefit, the researchers explained.

According to findings published in the journal Nature Communications, the researchers identified an enzyme in cells involved in regulating the growth and spread of breast cancers.

To comprehend this analogy, the researchers tested some mice; they demonstrated a way to shut down the enzyme’s activity to allow T-cells to mount an immune attack.

“We found that inhibition of the activity of this enzyme decreased the ability of macrophages in tumors to suppress an immune attack on cancer cells and indeed encouraged them to start producing chemicals that attract more cancer-killing T cells into the tumor,” said Donald McDonnell, Ph.D., chair of Duke’s Department of Pharmacology & Cancer Biology. “We can basically uncloak the tumor to the immune system.”

McDonnell and colleagues, including lead author and collaborator Luigi Racioppi, M.D., Ph.D., reported that a kinase, or enzyme, called CaMKK2 is highly expressed in macrophages within human breast tumors.

They performed a series of exploratory studies that revealed the molecule’s potential utility as a therapeutic target for breast cancer. Working with colleagues at the University of North Carolina at Chapel Hill, they developed a new class of drugs that inhibited the growth of human breast tumors grown in mice.

“The use of this molecule suppressed tumor growth not only by increasing the accumulation of tumor-killing T cells, but also by reducing the tumor’s capability to suppress T cell activity,” McDonnell said. “It’s solving two problems, like we couldn’t get into the bar, and if we did, we couldn’t get a drink. Now we can do both.”

McDonnell said additional studies are ongoing, with the goal of acquiring data to launch a clinical trial in breast cancer patients within the next 18 months.